Rosencrantz and Guildenstern are Dead

Tom Stoppard makes his debut on our Hill with the play that first put him on the map. Take a peek around the corners of Hamlet with bit players Rosencrantz and Guildenstern as they explore the expansive palace of Elsinore, and their own odd little friendship. Bard-lovers take note: this is not Hamlet II. Sure, our moody Prince makes an appearance now and again, bringing with him moments of glorious Shakespearean poetry. But here, he’s the extra. And why not? The Hamlets of the world don’t corner the market on the big questions. Kings and jesters alike ponder loyalty, identity and free (or not-too-free) will. Rosencrantz and Guildenstern admirably shoulder the existential goods for all us players in a way that’s at once endearing, savage and very, very funny.

The words are the thing in APT's 'Rosencrantz and Guildenstern are Dead'
By Aaron Conklin, Madison Magazine's Stage Write blog, September 16, 2013

Those other Danish guys
By Terry Teachout, The Wall Street Journal, September 5, 2013.

American Player's Theatre Rosencrantz and Guildenstern Are Dead attacks thorny questions with humor and verve
By Jennifer A. Smith, The Isthmus, August 13, 2013

APT's 'Rosencrantz and Guildenstern' turns 'Hamlet' inside out
By Mike Fischer, The Milwaukee Journal Sentinel, August 12, 2013

In APT's 'Rosencrantz and Guildenstern,' two pawns wait to be moved
By Lindsay Christians, The Capital Times, August 13, 2013

This remarkable play, which began in 1964 as a one-act pastiche called Rosencrantz and Guildenstern Meet King Lear, was eventually first performed by a group of Oxford students at the Fringe of the Edinburgh Festival two years later. It was greeted with indifference until Ronald Bryden, the critic for the London Observer, said it was “the best thing at Edinburgh so far” and went on to say:

"The play does not pretend to know more of the pair’s lives than Shakespeare: its point is, neither do they. While the violent drama at Elsinore unrolls off-stage, occasionally sucking them into its fury, they spin coins endlessly in ante-rooms, wondering what is going on, what will happen next, what will become of them?… Like Love’s Labour’s Lost this is erudite comedy, punning, far-fetched, leaping from depth to dizziness. It is the most brilliant debut by a young playwright since John Arden.”

The next day Stoppard received a telegram from Kenneth Tynan at the National Theatre. In the spring of 1967 the play opened there, and the career of the greatest living playwright in our language lifted off.

This is a play, like the one happening in the next room, of palace intrigue, of ambition, mistrust, and mystery and many deaths. But all that happens off of our stage. We see that world through the eyes of Guildenstern and Rosencrantz in brief, often confusing snatches while they pass the time and wonder, “What are we doing here?” This is, crucially, also a play about us (about you, about me) and how we cope when caught up in events not of our making that are sweeping us along in their wake. It is a play of friendship and seeking comfort both in one another and by seeking answers to many questions. The questions, as in many of the greatest plays, expand and grow more alarming moment to moment. We cling to the hope that these two friends before us, with the bad luck to be friends with the young Prince of Denmark, will find their way home. And remember the wise words of my Irish grandmother, (and many other grandmothers, I’m certain) “The situation is hopeless, but not serious.” 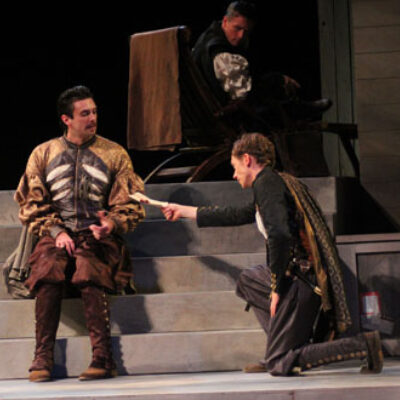 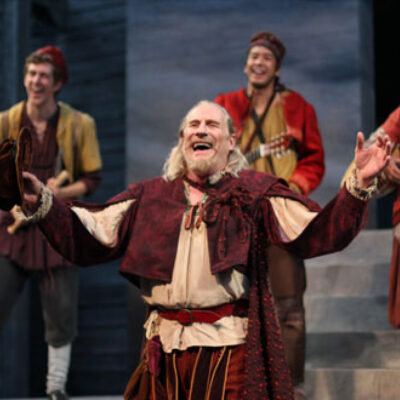 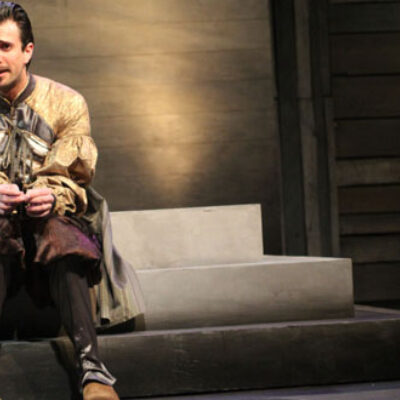 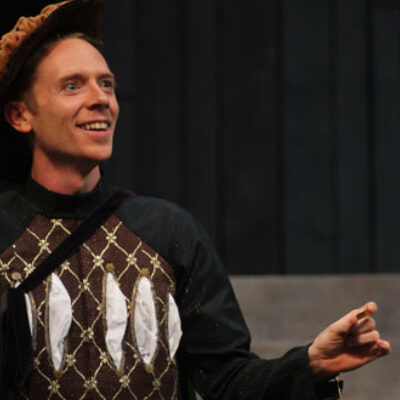 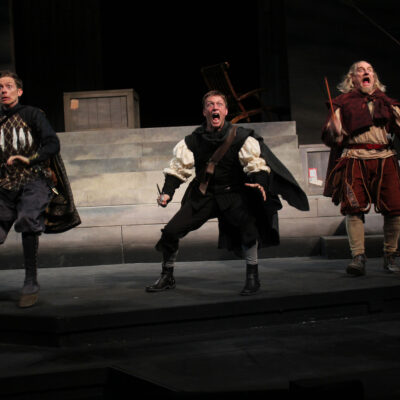 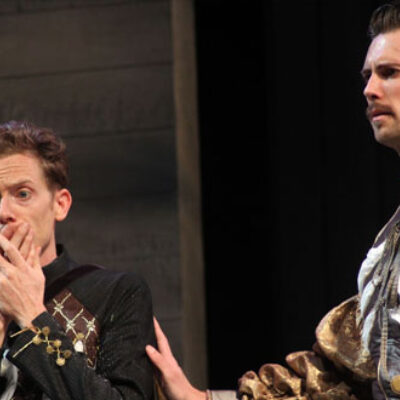 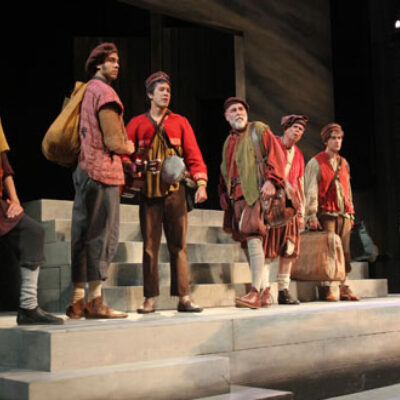 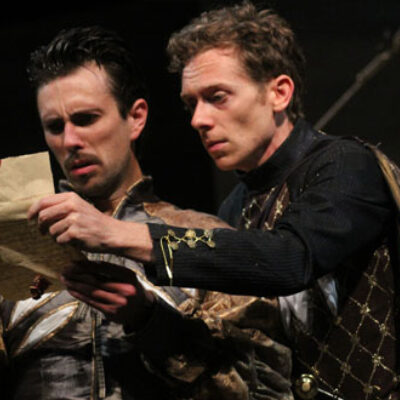