Seeing a villain mint himself right before our very eyes makes for outrageously compelling theater, and that’s precisely what you can expect from Richard III. In a play populated with shady characters (spoiler alert: there are few innocents here), Richard, in his bloody ascent to power, makes the rest look like amateurs. It’s not so much Richard’s evil that gets our attention; it’s his self-awareness, his conscious choice to become that way. Whether history or tragedy, Richard III is a thriller, its namesake getting away with murder (literally) and seemingly loving every minute of it until a critical mass of conscience, curses and ghosts threatens to take him down. Chilling and unnerving. Eerily contemporary. And — let’s be honest — undeniably thrilling.

And here I prophesy: this brawl today,
Shall send, between the Red Rose and the White,
A thousand souls to death and deadly night.
--Henry VI part 1.

Now is the winter of our discontent...

In thinking about this play I kept being drawn to civil wars throughout history, noticing how quickly they devolve into retribution. It happens in all wars, of course, but civil wars seem to breed their own catalogue of horrors because they are so very personal: sons revenge slaughtered fathers, brothers revenge brothers, prisoners are executed, civilian’s slain, women murder men, men kill children. It's tribal, and ancient. His father and younger brother having been executed in the previous play, Richard seeks out and kills King Henry VI of the Lancastrian faction, and as the royal blood drips from his knife blade he tells us:

May such purple tears be always shed
From those that wish the downfall of our house.

And he makes good on that promise in his own pursuit of the crown. Ruthless and bloody, he dares all. He out-manipulates the manipulators, murder being his chief political tool, hewing his way through all obstacles, unchecked—and would continue so but for one thing, one word which lingers about, hidden in the far corners of the play. . .conscience.

My conscience hath a thousand several tongues,
And every tongue brings in a several tale,
And every tale condemns me for a villain.

A gathering storm of conscience—led by the women of the play—pursues Richard throughout the story. He may dismiss it, deny it, or overpower it at times, but it remains. It comes to him at night. It haunts his dreams. It appears to him in the faces of the dead, and in the curses of grieving mothers. It weakens him. It is the one battle in a life of warring which he cannot win, and ultimately, he defeats himself. Or perhaps it is truer to say he is defeated by something much greater than himself. 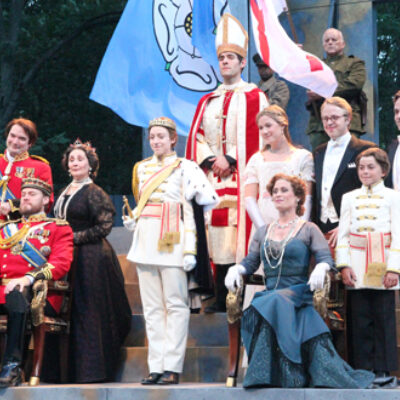 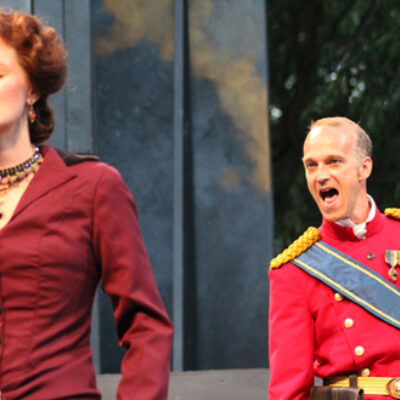 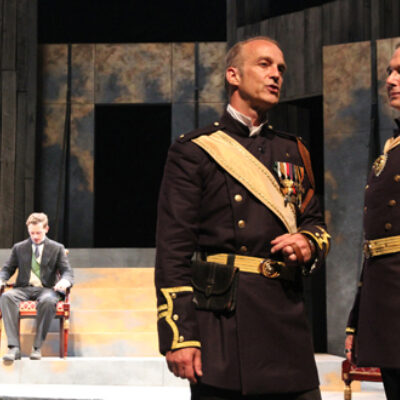 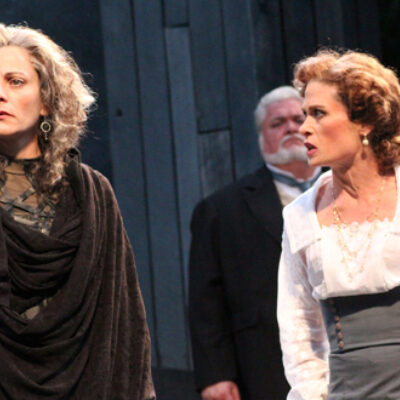 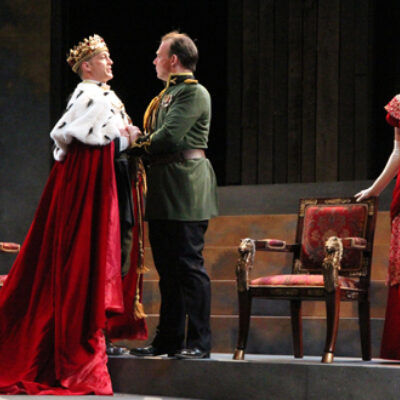 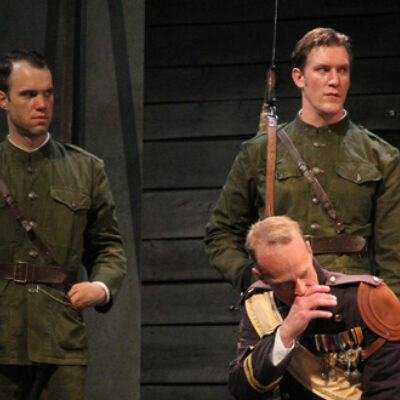 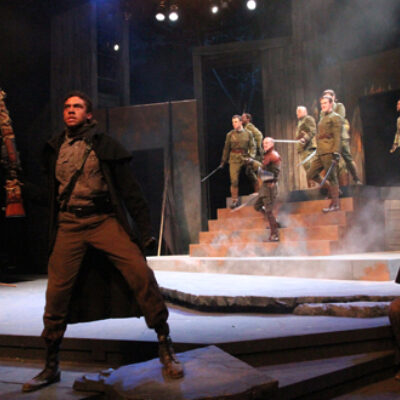