They conspire with the rest of the Senators and Brutus agrees to the plan to assassinate Caesar the following morning at the Senate. They carry out the plan and after the fact Marc Antony, Caesar's loyal friend, vows that Caesar's death shall be avenged and convinces the citizens to also vow vengeance. The conspirators flee the city and prepare to battle Marc Antony, Caesar's adopted son Octavius, and Ledipus who have formed a coalition. On the battlefield both Cassius and Brutus commit suicide in the face of battle and Octavius assumes leadship of Rome. 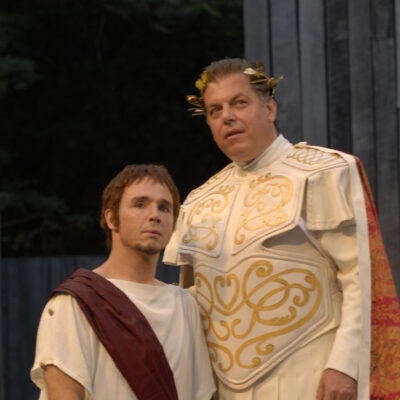