Mid-afternoon a plane crashes in their conservatory bringing two unexpected guests: Joey Percival, a handsome young man who immediately arouses Hypatia's interest, and Lina Szczepanowska, a female circus acrobat. Another uninvited guest, Gunner, joins them. Gunner is a cashier who is unhappy with life and blames it on John Tarleton for having a romantic affair with his mother. He intends to kill Tarleton, but instead hides and finds out Hypatia's feelings for Percival. Throughout the course of the afternoon there are eight marriage proposals which presents Shaw's idea that men spend so much energy courting a woman who will be obedient and subservient to them, when what they really desire is a strong woman who will be their equal. 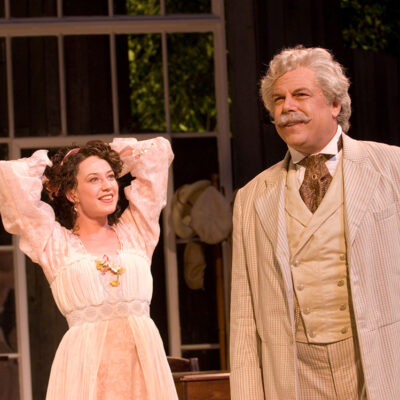