His mother worries about the “subversive” books he is reading, but Richard is really just in love with the girl next door, Muriel. Muriel's father doesn't approve and accuses Richard of corrupting his daughter. Muriel is punished and has to end her relationship with Richard, and he is devastated. Richard is then invited on a double date with Wint Selby, Arthurs classmate.The “date” turns out to be a prostitute, and Richard is fumbling for what to do while Wint is upstairs. Richard confronts a man who was being impolite to his "date" and a bar fight ensues. He finally arrives home, drunk and disorderly, and goes to bed. When Richard comes downstairs the next day, his mother tells him that he must stay in the house until his Father gets home to punish him, but Richard receives a letter from Muriel telling him to sneak out that night to meet. The play ends happily when Muriel's father changes his mind about Richard. 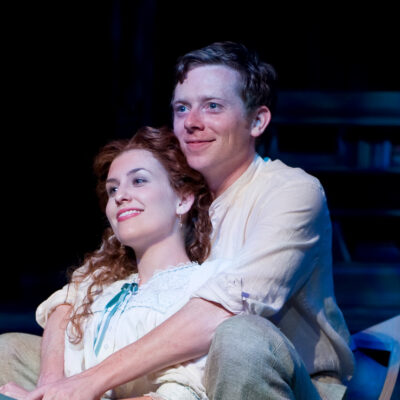