His friends refuse to help him and he sees how little he can expect of them. Meanwhile Alcibiades, a famous military hero is banished by the senate for pleading the cause of a soldier sentenced to death. Alicibiades swears to revenge himself upon Athens by attacking the city. At this point, Timon goes into voluntary exile. While grubbing for roots to eat, he finds buried treasure. Soon after, Alicbiades comes upon Timon and learning that Alcibiades is marching against Athens, Timon shares his fortune. The senate sends word to Timon telling him of great honors promised if he'll lead the forces against Alcibiades, but Timon expresses his indifference. Timon then leaves behind a despaired epitaph and dies. 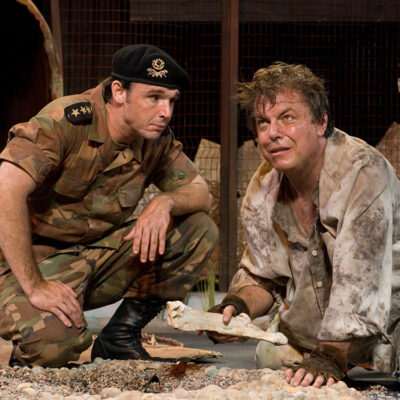