Bassanio travels to Belmont where he wins her as a wife. Back in Venice, none of Antonio's ships have returned and Shylock is demanding repayment. Bassanio hastens back to Venice where he arrives to find Shylock demanding repayment. The Duke of Venice cannot intervene on Antonio's behalf. Meanwhile, Portia, disguised as a lawyer, travels to Venice where the Duke invites her to help mediate the case. Portia agrees that the law forces her to rule in Shylock's favor. As Shylock is about to take his pound of flesh, Portia reminds him that doing so is attempted murder and he must be punished. Shylock then agrees to give half his money to his disinherited daughter, Jessica, which lessens the punishment.The trial is over and the newlyweds head back to Belmont. 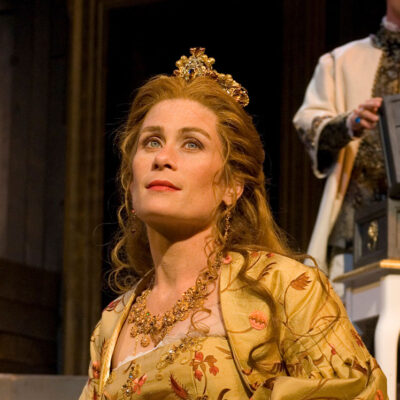