We relish the chance to take on David Hare, whose particular combination of intelligence and emotion makes for potent, complex, exhilarating theater. Take for example the relationship at the core of Skylight. It is irresistible. Maybe even desperate. But love it is, in its most undeniable form. Through a prism of explosive emotion, two former lovers reconnect, trying to confront their troubled past so they're able to face their future. But as we all know, decisions have consequences, and these could be dire to everyone involved, head and heart, body and soul. A sexy, intoxicating mélange of love and lust; connection and regret, and the fleeting happiness that can come when they're all in sync.

For the avid theatre-goer, there are many rewards, among them are the handful of breathtaking moments of human honesty that are for one reason or another, seared in to your consciousness and remain with us for a lifetime.

These moments, for me, have occurred when the emotional and physical details of a given production are rendered with such acuteness that I am actually embarrassed by the raw intimacy created in the space between actors and audience. I feel at once that I should turn away, while being simultaneously drawn in, unable to do anything other than lean into the moment.

As a director, when I read plays I am endlessly searching for a confluence of energy or series of events that might give rise to such feelings. Like an ambulance-chaser looking for the emotional car crash, I read and re-read, looking for the moments that will help to illuminate the truth of our shared humanity, creating an event that has the power to stick to the soul.

How lucky then, to be gifted with David Hares Skylight. Throughout his 40-year career, David Hare has been known for taking on societies' weakness. Upper-class hypocrisy (Plenty), tabloid journalism (Pravda), the poisonous inertia of religious institutions (Racing Demons), and in more recent years "Stuff Happens", an indictment on Bush-era politics. Skylight continues the tradition of a playwright who "tries to hit his time" but it differs from his other plays in one major aspect: in Skylight all of the wonderful polemic arguments are planted firmly in the rich human soil of three people, who's love for one another is at war with their diametrically-opposed outlooks on life. The complicated history between the characters is so carefully crafted, as to make every utterance a ticking time-bomb. Mr Hare, in this brutally honest play, has set up relationships that balance on a knife's edge, armed each character with blisteringly-intelligent but opposing points of view, and sends them into battle to save a love that is slipping from their grasp.

In short, Mr. Hare has provided all the ingredients for great theatre. I couldn't be more excited to share this show with our APT audience in this, very special, very intimate space. Bon Appetit! 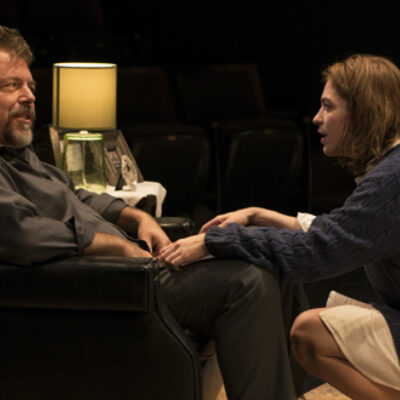 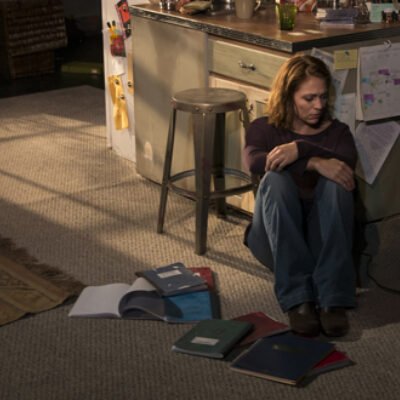 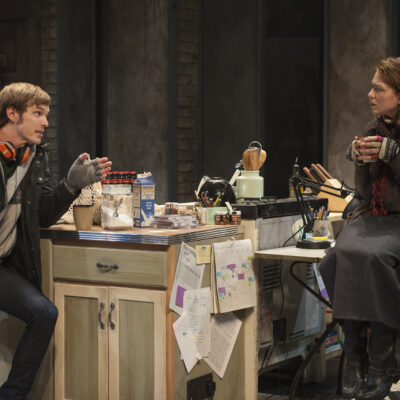