Run time: 1 hour 40 minutes. Oedipus is performed without an intermission.

For the first time in decades, we welcome to our Hill one of the great Greeks – an infamous murder mystery that has riveted audiences around the world and across time. But Oedipus is not a story that can be defined by its final act, shocking though that act might be. Poetic and profound, it is in many ways the story of us; about how the people we love carry us from bad times to good, and sometimes back again. And at its heart, an extraordinary hero - flawed like we all are flawed, yet brave enough to do what he must to protect his community. Even if it means his undoing. It’s a rare gift to see the Greeks outside under the stars, as they were meant to be seen. Rarer still to witness one that was conjured just for this place; built from decades of energy that flows from this community. From you, our audience. We are because you are.

A plague has descended on Thebes, and the citizens insist that King Oedipus do something to save them. The king sends his brother, Creon, to an oracle to determine how to lift the sickness in their city, and he comes back with an answer (although an oracle’s answer is seldom a simple thing): find the murderer of the previous King Laius, and when the killer is punished, the plague will lift. Oedipus sets out immediately to do so, and what he discovers spurs a reckoning that reverberates through the centuries. A Greek murder mystery that explores the many facets of human nature and relationships.

As Fate Would Have It
Amy Munice, Picture This Post

South African social rights activist and archbishop, Desmond Tutu explained ubuntu as, “My humanity is bound up in yours, for we can only be human together.” It manifests the idea that humans cannot exist in isolation. We depend on connection, community and caring. We add to and aid our communities. We march, we fill sand bags, we raise money, we help rebuild, we pitch in, we volunteer, we go to funeral services, we hug each other, we make casseroles…In times of tragedy we have a desperate need to DO for each other. The poet, soldier and clergyman John Donne wrote,

No man is an island entire of itself; every man

is a piece of the continent, a part of the main;…

Some of you reading this have been coming to APT for years. You’ve given your time, donated your money, dragged your friends …APT is because of who you are.

For many others, APT was their first job. It has been a part of divorce, marriage, birth, death, family, retirement…and through it all it has helped shape the lives of the people who are a part of it. We are because APT is.

You and we are bound together by this place.

Oedipus and his Thebes are bound together. Their journey and suffering is shared. And in times of need and pain, they, like us, will get through it together. There is so much in this play. There is a murder mystery, a love story between a leader and his people, a treatise on hubris, a debate of divine morality, a tug-ofwar between Fate and Free Will, an invitation to Sunday tea with Nihilism, and so much more. The production you are about to see is our contribution to that conversation.

I would like to add as an adapter, there were, and are, so many voices that have shaped my own. Langston Hughes, Christopher Logue, Maya Angelou, Anne Carson, Seamus Heaney, Dante, Oscar Wilde, Madeline Miller, Stephen Vincent Benet, my mother, father, aunts, uncles (all storytellers in their own wonderful ways) and thousands of writers and poets online, in schools, churches, poetry cafes, and prisons whose written and spoken words have filled my ears and soul for decades.

I am because they were. 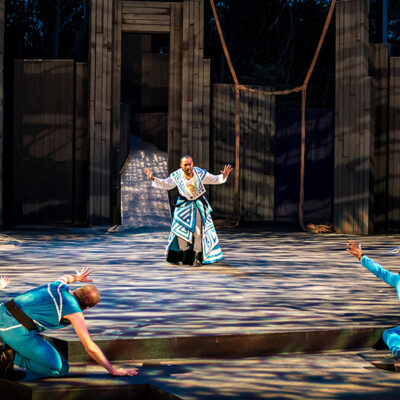 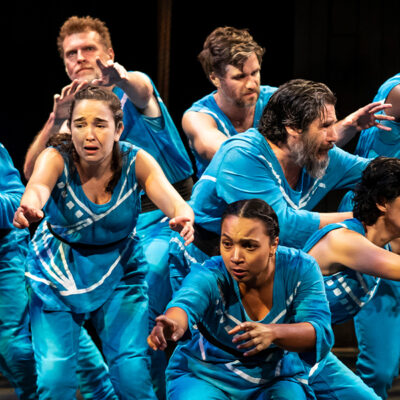 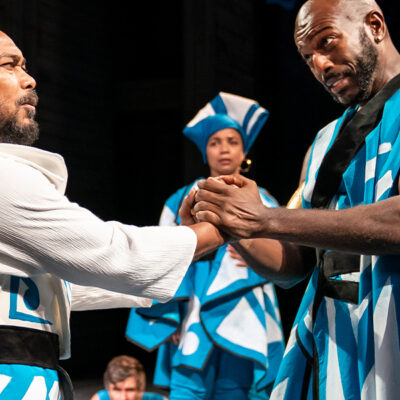 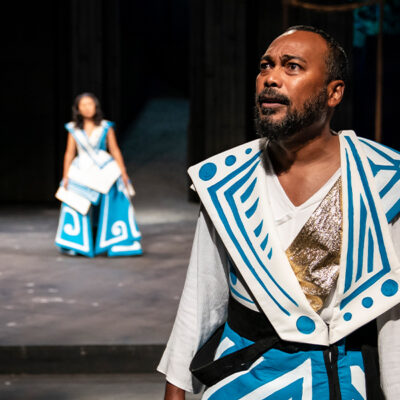 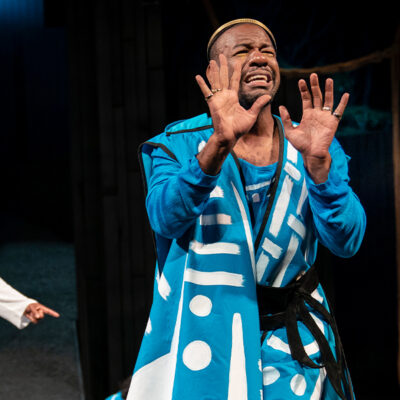 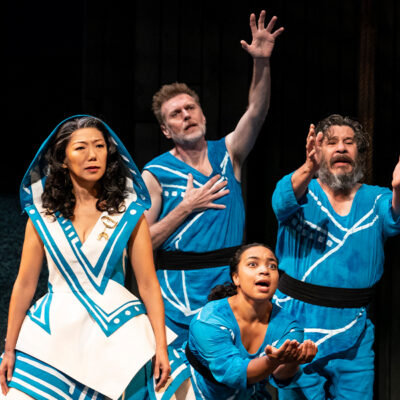 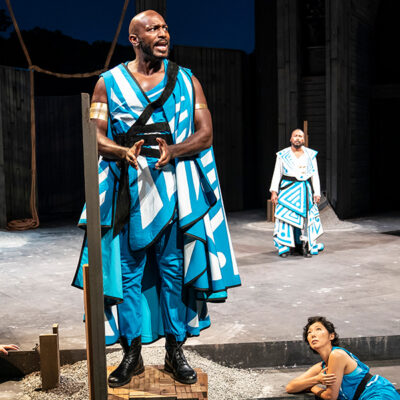 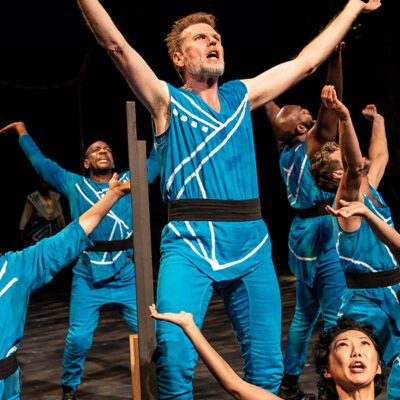 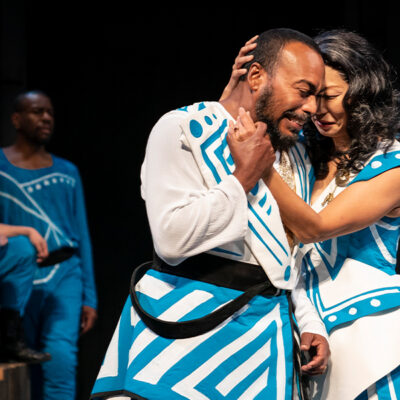