Claudio and Hero soon decide to marry while everyone decides to trick Beatrice and Benedick into feelings of love. From a window, Claudio see's a man and woman who he believes is Hero. Claudio becomes enraged and leaves her at the altar. Knowing Hero’s innocence, Leonato and Beatrice pretend she has died from the shame of the false accusation. The truth of Hero’s chastity is revealed, leaving Claudio to grieve over his loss. Leonato offers to let Claudio marry his neice, a girl who looks much like the dead Hero. Claudio agrees and arrives to marry the mysterious niece who is Hero in disguise, Beatrice and Benedick announce their plans to wed, Don John is captured and arrested, and all are forgiven. 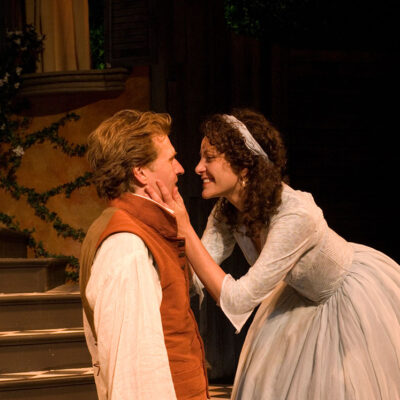