Posthumous meets Iachimo who wagers that he can seduce Imogen. Iachimo convinces Posthumous that she has been unfaithful although she was not. Infuriated, Posthumous plots to have his servant, Pisiano, kill her however, Pisiano warns her, and she flees to Whales disguised as the boy Fidele. Cloten, dressed as Posthumous, follows Imogen but is beheaded. Imogen, ailing, takes a drug, prepared by the Queen, which puts her in a death-like sleep. In the last scene of the play, Cymbeline is reunited with his daughter and sons, Posthumous and Imogen are reunited, and Iachimo confesses his treachery and is forgiven. 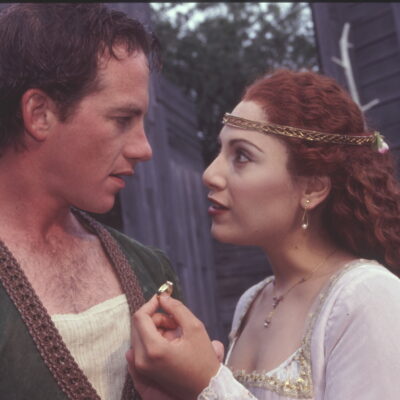