The Night of the Iguana

They arrive at a cheap hotel on the coast of Mexico that had been managed by his friends Fred and Maxine. Fred died recently and Maxine Faulk has assumed sole responsibility of hotel manager. Shannon tries to manage not only his tourists, who have turned against him, but also Maxine, who is interested in him for purely carnal reasons. Adding to this chaotic scenario, virginal woman, Hannah Jelkes, appears with her grandfather, Nonno, who is in the midst of composing his last poem. Like the Iguana, captured and tied to a pole by the Mexicans in the play, they have come to the end of their rope. 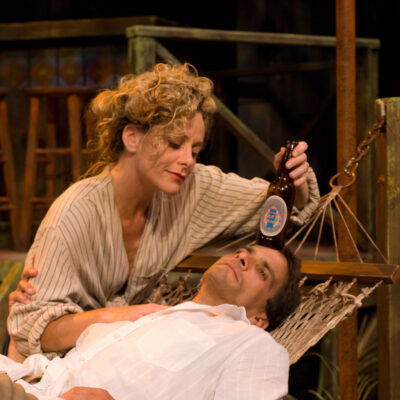