Based on an Original Adaptation by
Henry Woronicz

Like many in Shakespeare’s comedy quiver, this one kicks off with a young couple in love. But Cymbeline is not your average Shakespeare comedy, and things go rapidly off the rails, driven by wicked stepmothers, spoiled princes and a villain with no clear motive looking to flip a hero to the dark side. After all, if the Bard has taught us anything, it’s that there is no pain-free path to love, and happily-ever-after can look a lot different in reality than it looks in your head. Even the best of folks hit low points (and fair warning, some of these go lower than you might expect). But that just makes the high road gleam all the brighter. In a switcheroo on the Elizabethan days of all male casts, this one is played by a brilliant group of women, here to spark new insights in hero and villain alike. A Shakespearian rarity, seen only once before on an APT stage.

When his daughter Imogen secretly marries Posthumus – a good man without financial means – King Cymbeline banishes Posthumus in a fury. In Rome, missing his wife and his home, Posthumus meets Iachimo, who plants a seed in his mind that Imogen will be unfaithful to him in his absence. Overcome by anger and despair, Posthumus contacts his servant Pisanio with orders to murder Imogen, but the servant instead disguises her as a page and smuggles her out of court and off on a great Shakespearean adventure.

Cymbeline is a difficult play to categorize. Is it a comedy, a tragedy, or a history? Is it set in ancient Britain, renaissance Italy, or Elizabethan England? Is it an experiment, a rough draft, or an intentionally circuitous work? And why, oh why, isn’t it called “Imogen”

There are many ways to answer these questions, but the job of an adaptor/ director is to determine not just what is true, but what is relevant. My (and my collaborator’s) interpretation of this text is not authoritative; we determine relevance by choosing what to keep, and what to cut. Meaning can first be made from how I’ve adapted the work, done in collaboration with dramaturg Sara Becker, based on an original adaptation by Henry Woronicz, in collaboration with the acting ensemble and the design team. Meaning is imbued by each collaborator as we, together, shape the text to tell our version of this story. Meaning can also be made from the choice to cast all women in a play that centers around a misogynistic calumny plot, or the decision to tackle a dystopian fairytale set in ancient Britain with a multiracial cast in contemporary America. This is a production of Cymbeline, as much as any production of Cymbeline. The meaning of our production is made by the artists who create it, and, ultimately, by those who interpret it; you.

There are, however, a few themes that seem essential to any investigation of this story; accountability, mercy, and forgiveness. Scholar Emma Smith calls Cymbeline a post-tragic play. Where another of Shakespeare’s tragedies would end with villians dying a horrible death, in Cymbeline, people who commit grievous acts (mostly) live to face consequences. It is a rare opportunity in a Shakespearean play for flawed characters to have to face each other, and themselves, without the tidiness of death or a wedding to tie up the story. In Act Five of Cymbeline, the characters must strive to make sense of their actions as individuals and as a community. Together, they must catalog their wrongs and determine if and how mercy may be granted, and where it might be deserved. 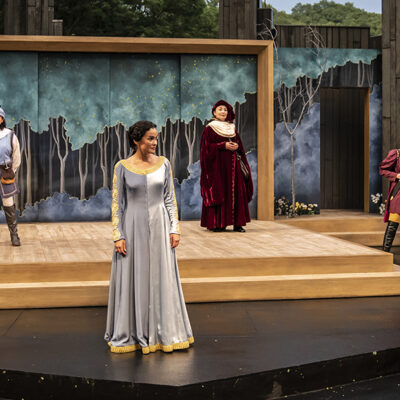 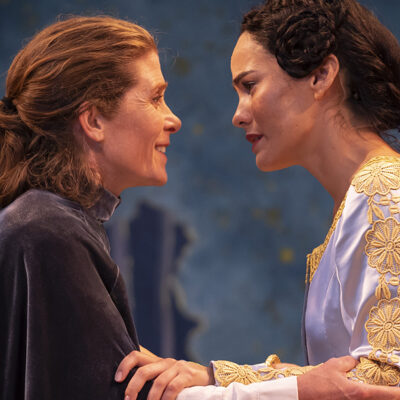 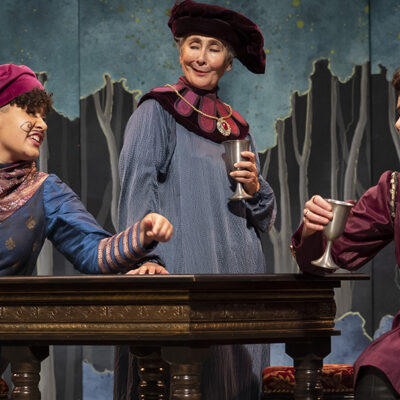 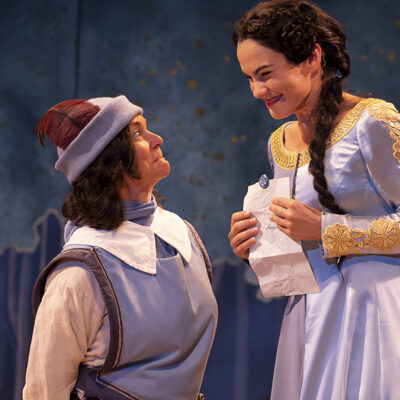 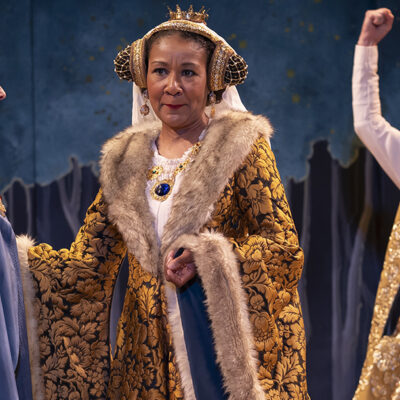 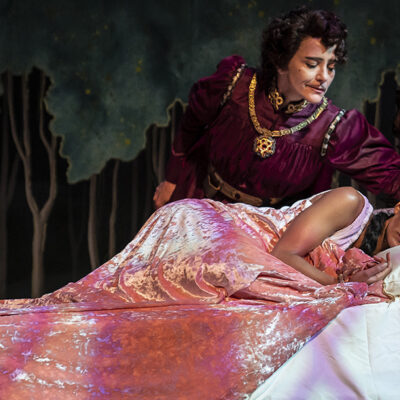 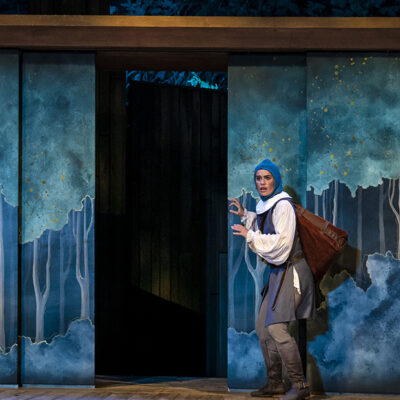 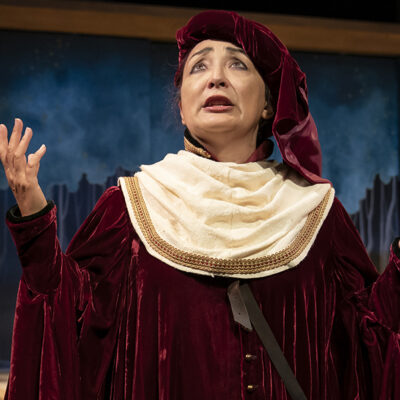