She Stoops to Conquer

It’s not summer at APT without a fit-to-split comedy, and this is among the best of its brand. A particularly witty young lady takes her marital future in hand, using all the creative misdirection at her disposal — and there’s a lot. Including, but absolutely not limited to, an inn that’s not an inn, a maid that’s not a maid and a noble or two who might be a little less than noble. Subterfuge aside, these suitors are pretty new to this whole love thing, and their aching attempts at wooing leave them looking rather ridiculous. And absolutely adorable. A raucous British comedy in the hands of APT’s actors is the equivalent of a full-length showstopper.
Runs June 14 – September 20. Opening night: June 22.

Wealthy countryman Mr. Hardcastle is hoping to marry his lovely daughter Kate off to a rich suitor. They both set their sights on Charles Marlow, the son of a rich Londoner. When they receive further intelligence on Charles, they discover that he finds women of high society intimidating, and prefers the company of the serving class. So Kate hatches a plan to pose as a maid in hopes of putting Charles at ease and, eventually, marrying him. Of course, no scheme goes exactly as planned, and Kate’s results in the kind of uproarious comedy that our company plays so perfectly.

APT's 'She Stoops to Conquer' is riotous fun
By Michael Muckian, The Shepherd Express

Romp in the woods: A lusty, stylish go at 'She Stoops to Conquer'
By Lawrence Johnson, Chicago on the Aisle, July 25, 2019.

Over the top misunderstandings
By Alexis Bugajski, Picture This Post, July 9, 2019.

The story goes that when playwright Oliver Goldsmith was a
young man, he once mistook a country house for a country inn. He
was a rude and arrogant guest, ordering the best food and wine,
begrudgingly dining with the hosts, and sleeping in the best room
of the house. It wasn’t until the next morning while he was trying to
pay his bill that he discovered he wasn’t at an inn at all, but actually
in the home of a friend of his father’s. This rather mortifying incident
became the premise for She Stoops to Conquer.

Written in 1773 (just a year before his death at the age of 46), She
Stoops was a departure from the sentimental comedies of the day
which tended to be quite moral in tone and populated with characters
who were either perfectly good or dreadfully evil. Goldsmith brought
laughter back to the theatre by creating characters who were
complex, flawed, deeply human and very, very funny. Subtitled “The
Mistakes of the Night,” She Stoops to Conquer is not a farce, but a true
comedy of errors.

In a play in which mistaken identities abound, with characters
pretending to be who they’re not or aspiring to be who they’d like
to become; in a play that pokes fun at both the social elite and the
country bumpkin, and at the foibles of men and women alike; in
a play that brings us Tony Lumpkin, (arguably one of the funniest
roles written in the English language), I’m particularly struck by the
journey that the central characters take toward discovering who they
authentically are and how they might make their way in the world.

Coming out of the overwrought sentimental theatrical age that
preceded him, Goldsmith dubbed this new style the “laughing
comedy.” It proved to be a welcome breath of fresh air to theatre
goers. I can’t think of a better tonic for our times than breathing in
this comic masterpiece under the stars at APT. 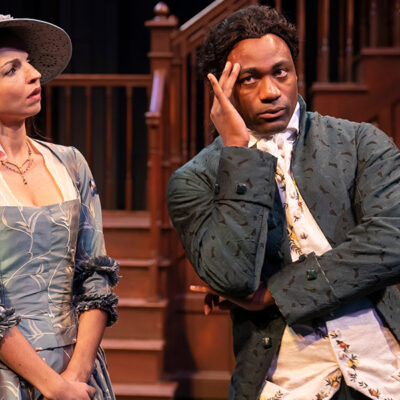 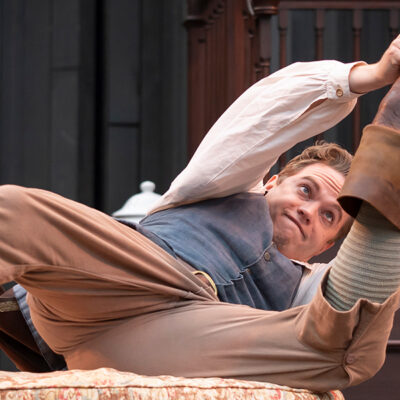 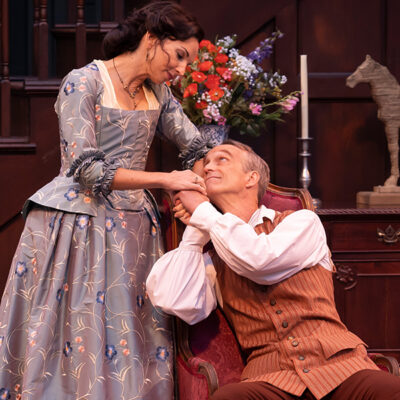 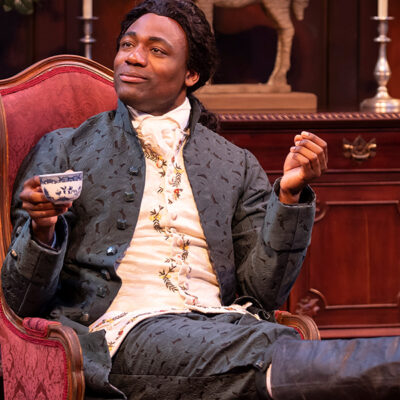 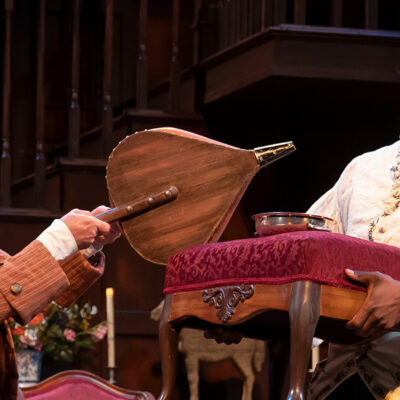 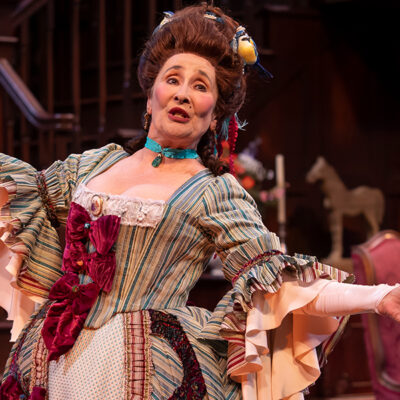 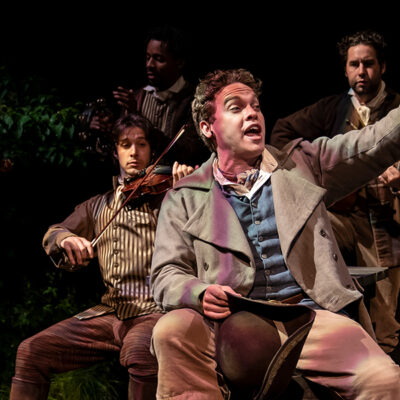 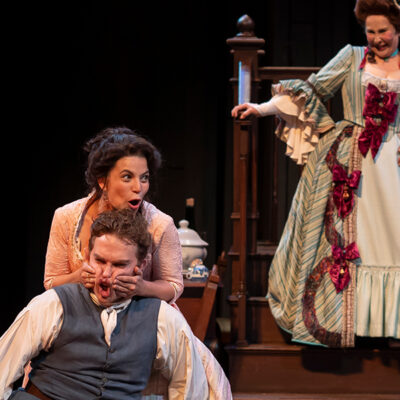 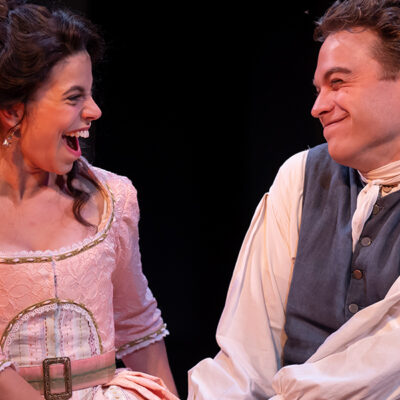 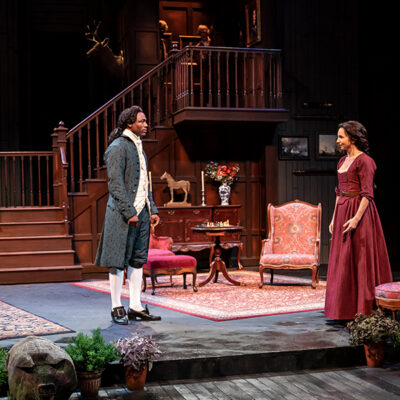