A Phoenix Too Frequent

Run time: 1 hour 30 minutes. A Phoenix Too Frequent is performed without an intermission.

Here we have the classic “boy-meets-girl, boy-dies, girl-meets-handsome-soldier-in-the-first-boy’s-tomb-while- waiting-to-die-with-her-faithful-servant” story. It may sound ridiculous. And it is. But youth is often a ridiculous ride, and it’s hard to be hopeless for long when you’re on it. Feel free to laugh with them as they attempt to find their way in the literal dark, with a bellyful of wine and all the earnest, wobbly assurance of people dealing with death just as they’re learning to live life. Quirky and Greeky and oh so funny, with a deceptively deep story, this one promises a delightful time in the Touchstone (or, for that matter, on video). Originally slated for the 2020 season.

Synopsis
In ancient Greece, Dynamene is prepared to die from grief over the death of her husband and has barricaded herself, fasting, in his tomb. She has brought her faithful servant along to die with her (a plan that said servant is not 100% on board with). But it’s not long before Dynamene is distracted from her death wish by the arrival of a handsome soldier, Tegeus, providing a foil for her grief in this comedy about love and expectations.

Comedy rises from the ashes

"...funny and sexy, with Doto [Tyler Meredith] serving as the acerbic wisecracker-in-chief who gets her fair share of Fry’s dry wit...Ms. Fromm’s actors speak their lines in a manner that is both lively and stylish, and Ms. González and Mr. Sheard have all the chemistry needed to bring the plot to charming life."

- Terry Teachout, The Wall Street Journal
Full story is behind a paywall

At one point during previews while I was directing A Doll’s House here in 2019, Brenda reached out and asked me to read a play that APT had become enamored with. She prefaced my reading of the play by saying, “now, I want to warn you, this play is not A Doll’s House. It’s not going to change your life the way that A Doll’s House changes people’s lives, but it is so funny and so smart and it’s great for our company and our audiences.” That play was A Phoenix Too Frequent. I read the play, and what started off as simple recognition of Christopher Fry’s clever wordplay and wicked sense of humor led to true appreciation of the characters he’d created, and a genuine desire to root for them and see them triumph in the end. Ibsen is all well and good, but what I want to do more than anything these days is laugh, and Fry delivers.

When people ask me to describe A Phoenix Too Frequent, I usually lead by explaining that the play is essentially a meet-cute in a mausoleum. Christopher Fry’s cheeky sense of humor and playfulness inspires that summary. The play is a poetic, quirky, sometimes bawdy romantic comedy about a young widow (Dynamene) and her maidservant (Doto) who meet a dashing young soldier (Tegeus) in the most unexpected of places and the ways in which the encounter changes their lives. Even though the play’s North Star is its sense of humor, in true Christopher Fry fashion, it also contains a treasure trove of glorious poetic language, and a surprisingly moving story about three young people attempting to meet the high expectations of society.

This play is one part satire, one part love story, with a dash of politics thrown in for good measure. In Dynamene and Tegeus you will see a little bit of Romeo and Juliet; in Doto you will see shades of both the Nurse from Romeo and Juliet, as well as Audrey from As You Like It. In these three characters, Fry has given us a trio of very intelligent, curious and stupidly funny humans to track on their journey. It’s a boy-wants-girl, girl-rejects-boy- then-changes-her-mind-and-falls-madly-in-love-with-boy story. Truly the summer rom-com we all want to see. 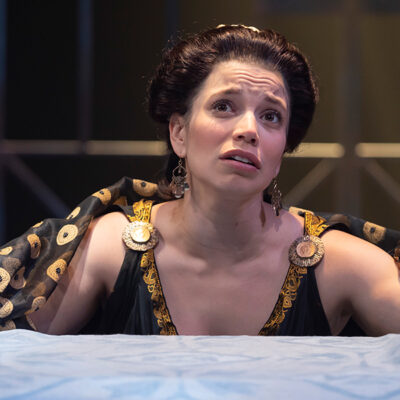 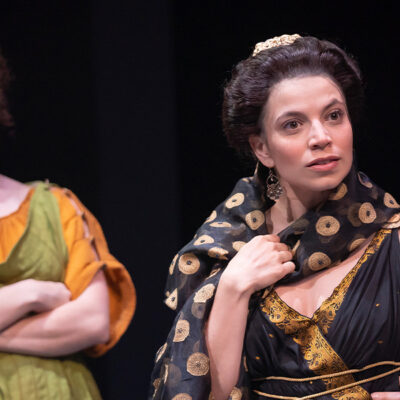 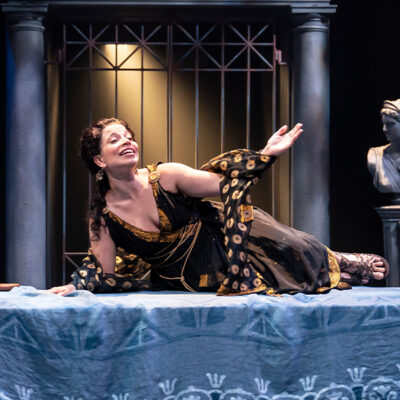 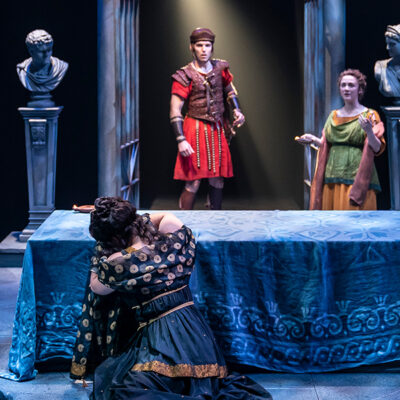 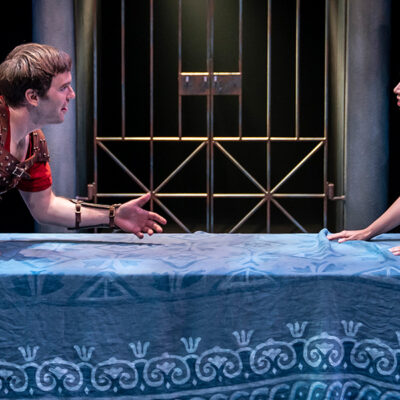 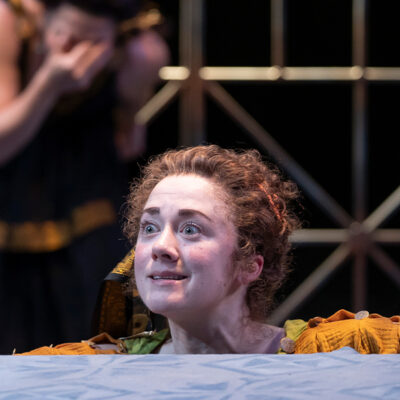 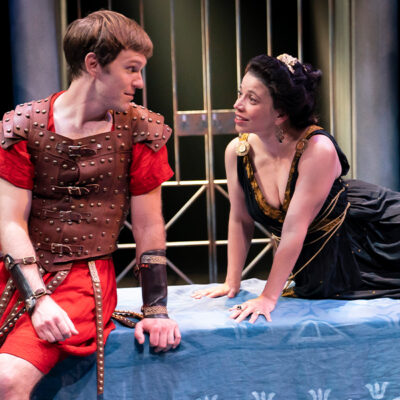 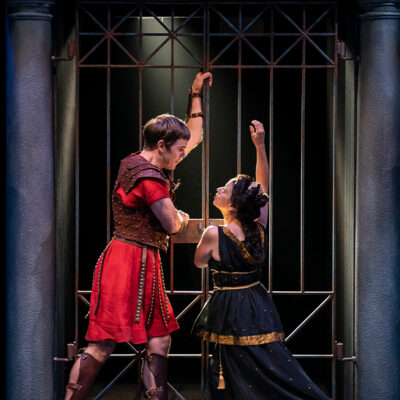