When everyone is back at home in London, Sartorius reveals himself to be a slumlord. He discharges an employee for dealing too leniently with tenants. Harry and Cokane arrive to visit, but when Harry discovers that Sartorius makes his money by renting slum housing to the poor, he is disgusted and refuses to allow Blanche to accept money from her father after they are married. Harry and Blanche disagree on this and separate.Sartorius reveals that Harry's income is as dirty as the money made by Sartorious, but the lovers do not reconcile. Harry, coarsened by knowing the scandalous income he earns, no longer takes the moral high ground and they return to Sartorius' house to plan a shady business venture.Harry and Blanche eventually reunite in their love for eachother. 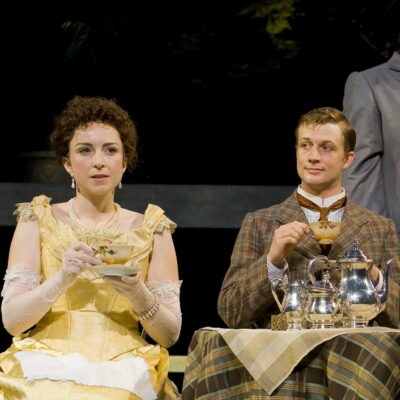