The Year of Magical Thinking

When your rational mind is trying to tell you things you don't want to hear, even the toughest of us will go looking for the loophole. You know, the one that gives a fighting chance to negotiate beyond the rational. That's the conundrum facing the ever-unshakeable Joan Didion on her personal quest to the impossible. To bring her husband back. Make her daughter well. A stunning meditation on unexpected loss and immeasurable love, poetic in its blunt honesty, and channeled through the exceptional Sarah Day. We can't imagine a better spokesperson.

Based on the book by decorated literary journalist Joan Didion, The Year of Magical Thinking recounts the twelve months following the unexpected death of her husband, and concurrent hospitalization of her only daughter. A beautifully told chronicle of memory and grief - heartbreaking, hopeful and absolutely riveting.

Sarah Day grapples with grief as Joan Didion in American Players Theatre's 'The Year of Magical Thinking'
By Jennifer A. Smith, The Isthmus, July 7, 2014.

APT's 'The Year of Magical Thinking' is no trick but the genuine article
By Dave Begel, OnMilwaukee.com, June 29, 2014.

I remember my mother’s voice was hoarse for a long time after my father died. The sound was so unfamiliar. So distinct. I often wondered why. It wasn’t until years later that my question was answered. Late at night, after putting her babies to bed, my newly widowed mother would make her way to the nearby church, where she would sit in the dark and scream “why?” until she had no voice left. That was her grieving. That was her process: leaving 6 children alone in a house at night to yell at the gods alone in a dark building. That was exactly what made sense to her.

It is easy to judge how others behave. It seems that the more fraught the given circumstances, the more we invest in our own story about how we might behave in such a situation. When I first read The Year of Magical Thinking, I remember being simultaneously devastated and irritated. My sadness, my compassion, were the better parts of me, the empathetic parts. That reaction, I could understand. But my other reaction puzzled me. Why was I so annoyed, so irritated? The arrogance I felt she displayed angered me. Did she really think if she controlled and systemized her grief she could conquer it? Did I want her to somehow earn my sympathy? Why did the story of her loss deserve to be made into a book? My mother never got a book. Why was I reacting like this? When I was honest with myself I realized I was judging Joan Didion. Judging her life, judging her grief.

My mother, Judy, and Joan Didion have nothing in common. Their lives are as different as two women’s lives can be – one, a stay-at-home farm wife, the other, an erudite, urban authoress; one a Steinbeck, one a TS Eliot. My mother’s free-fall into sorrow and rage looked nothing like Didion’s cool, exacting control. . .except they both kept their husbands shoes long after their spouses died. Just in case the men might need them when they returned.

Grief does make us crazy, and we are all starved for a story of grieving that will somehow put us at ease and convince us that one day we will tranquilly survive a great loss. I am not sure tranquility is in the cards for many of us, but I do understand -- through Joan and Judy -- that sanity will seep back into our wounds and grace will fill the empty places. . .eventually.

Even after you give away his shoes. 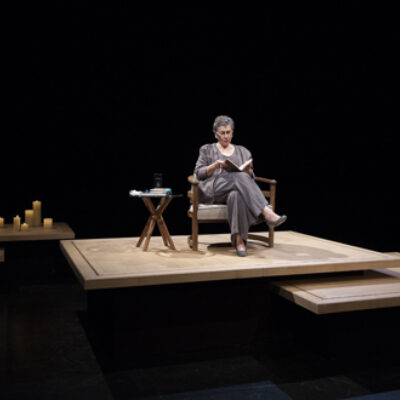 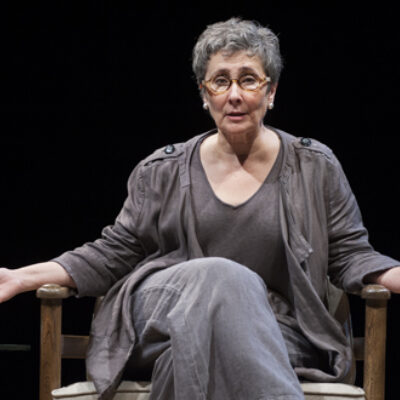 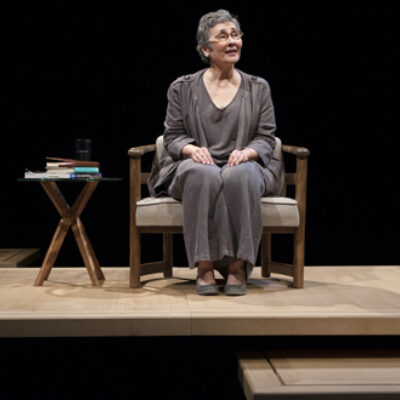 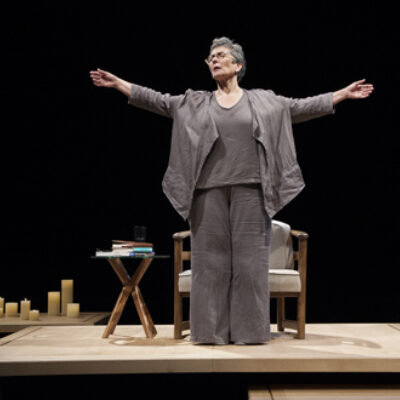