Arms and the Man

Major Petkoff and Major Saranoff arrive home to inform the ladies the war is over and tell them of a Serbian soldier that had bested them and was rescued by two Bulgarian ladies. Raina and Catherine pretend to be shocked by this behavior. Raina and Major Saranoff exchange their lovers words. Major Petkoff asks for his coat that the women had given the Serbian.He later arrives to return the coat and Petkoff and Sergius see him. He offers to help them with their troop movements, and Petkoff invites him to stay. Petkoff now has his old coat, with a photo of Raina in the pocket that Bluntschli had never discovered. Raina takes the photo, but her father has already seen it. They find out then that Raina has fallen in love with Bluntschli. 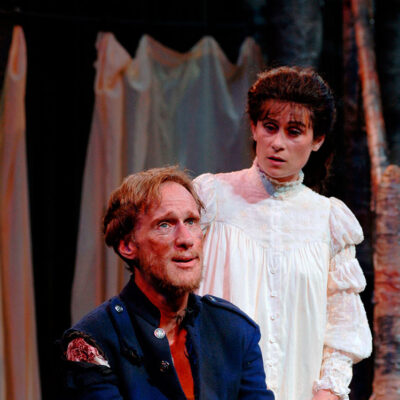