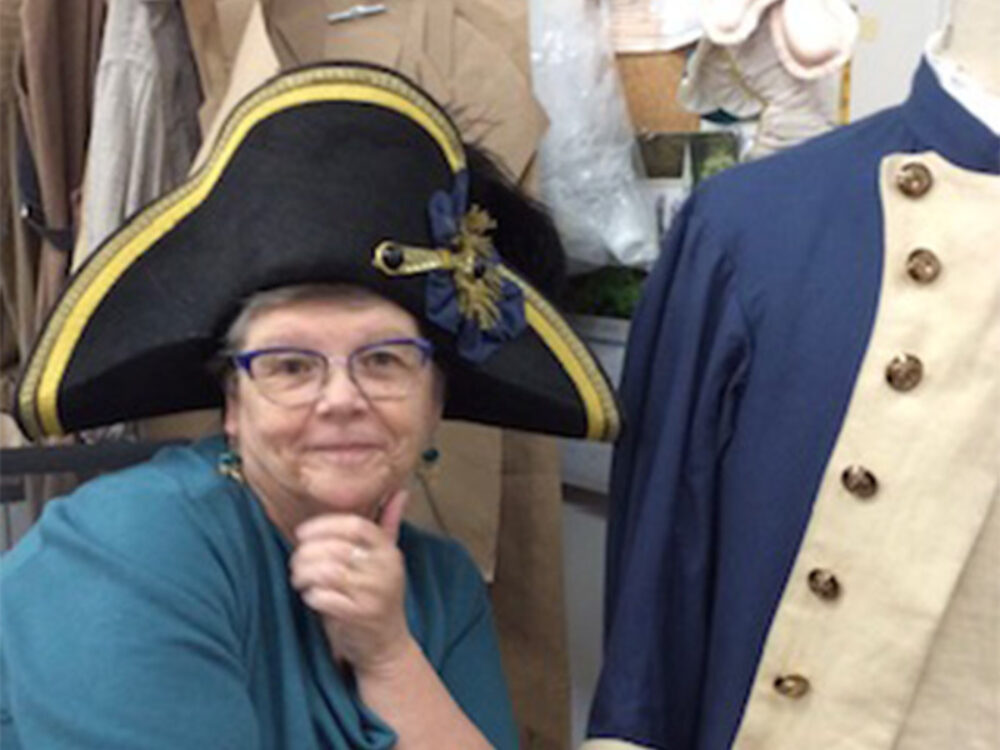 Kathie Brookfield has over 50 years experience as a Costume Designer and Costume Maker. She has designed and/or built costumes for theaters in Wisconsin – UW-Madison and Milwaukee, Wilson Street East Dinner Playhouse, Milwaukee Repertory Theatre, Great American Children’s Theater, Melody Top, Fireside Dinner Theatre, Milwaukee Ballet, and American Players Theatre (1981-1984), in Texas – University of Texas, Austin and Capitol City Theatre, and in Ohio she was the Technical Theatre Specialist in Costumes at The University of Cincinnati College Conservatory of Music 1984-2007 where she managed the Costume Shop, taught Draping, Flat Patterning and Tailoring and occasionally designed for the Departments of Drama, Opera and the Showboat Majestic and ARTREACH Touring Children’s Theater. She returned to professional theatre work as a freelance Designer/Technician in 2008 and has been Designer for The Children’s Theatre of Cincinnati and The Human Race Theatre and a Draper at The Opera Theatre of St. Louis, Utah Shakespearean Festival, Cincinnati Playhouse in the Park, University of Memphis, The Costume Gallery, and American Players Theatre (2014-present). She has received awards for both her costume designs and technical work from Design Texas, USITT Ohio Valley, and The League of Cincinnati Theaters.