On September 25, the Wisconsin Department of Natural Resources voted to change the name of the Peshtigo State Forest to the Governor Earl Peshtigo State Forest – an honor in recognition of the former governor’s 50 years of service to the state of Wisconsin. Governor Earl is passionate about Wisconsin’s natural beauty, but he is also passionate about the arts. He was, in fact, instrumental in getting APT through one of the most difficult times in our history.

In January of 1986, APT announced that the theater was closing after six seasons due to continuing financial hardships. As Governor at that time, Tony Earl recognized the value and importance of APT to the quality of life in Wisconsin. Governor Earl convened a series of meetings with APT staff, board members, state and community leaders to identify strategies to address APT’s troubles. Thanks to these efforts, APT didn’t close permanently and, in fact, produced a season in the summer of 1986.

What followed, thanks to Tony Earl’s lead, was an effort to secure a federal grant of $419,900 awarded to Iowa County for the purpose of keeping the Theatre open and restructuring its debt. APT started on a path to fiscal solvency that has led us to this very moment – the closing of our own 40th anniversary season.

Tony and his wife, Jane, have continued to visit APT as patrons ever since. It is always a delight to see them on the Hill or in the Touchstone. (Former Governors Scott McCallum and Tommy Thompson have been spotted at APT in past seasons, and Governor Tony Evers is also a regular visitor.)  We are grateful to all our elected officials who have followed Governor Earl’s lead in recognizing APT’s role in the state.

Thank you, Tony, for your role in making APT a Wisconsin treasure. Congratulations on this honor. We’ll see you at the theater! 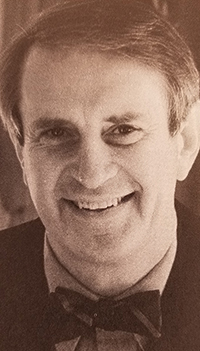 APT's 40th season was the best ever