Unless you've seen Travesties, you've never seen anything like Travesties. Stoppard's literate and very funny comedy tests the elasticity of memory and language, in the theatrical equivalent of skipping through a funhouse mirror maze. On your hands. But therein lies the joy of this particular play. Whether you read meaning into every syllable and silence, or simply let the brilliance flow, it's going to be quite the party.

PS - According to Director William Brown, Stoppard and Wilde are birds of a feather, and seeing The Importance of Being Earnest along with Travesties is "just about as much fun as a person can have." Who can say no to that?

Travesties is the funny, clever and generally mind-blowing proof of Tom Stoppard’s genius. Henry Carr weaves a tale of the famous people he knew in his youth – from Dadaist Tristan Tzara, to writer James Joyce to Soviet revolutionary Vladimir Lenin – his past is a veritable who’s who of artistic and political history. But as the years have passed, Carr’s memories of his former cohorts have become muddled with his long-ago portrayal of Algernon in The Importance of Being Earnest, making the play and its characters an inalienable part of his reality.

A comedy of Wilde importance
By Terry Teachout, The Wall Street Journal, September 5, 2014.

APT's 'Travesties' is a joyful and crazy ride through history
By Dave Begel, OnMilwaukee.com, August 21, 2014.

American Players Theatre's 'Travesties' is a brilliant blend of history, fantasy and anarchic humor'
By Jennifer A. Smith, The Isthmus, August 18, 2104.

James Joyce, Tristan Tzara, and Lenin walk into a bar…

Tom Stoppard and Oscar Wilde walk into a bar…

That’s more like it. And oh brother, do the sparks fly. Travesties was the first play I saw on Broadway. It was the original production and I was still in school. I’m certain I was the stupidest kid to ever leave West Virginia. But I was dazzled. I had to fight hard to keep up. I had never seen The Importance of Being Earnest, which Mr. Stoppard uses as a constant template. But it didn’t matter. The ideas, the linguistic gymnastics, the absurd juxtaposition of three of the 20th century’s great revolutionaries, the hilarious silliness of it all left me enthralled. I never forgot it.

Tom Stoppard created Travesties out of a few extraordinary facts. In the middle of World War I the author James Joyce, Tristan Tzara (one of the founders of the Dada art movement) and Lenin (Russian Revolution and all that) were all living in Zurich, Switzerland. Within the British consulate there was a bureaucrat named Henry Carr. James Joyce approached Carr about appearing in a production of The Importance of Being Earnest. Carr agreed to appear. Lawsuits and counter lawsuits ensued. Those are the facts.

But this cannot prepare you for the rollercoaster of invention that Mr. Stoppard gives us here. At the moment in history in which the 19th century was finally going away and the 20th century was making its violent debut, three giant revolutionaries (maybe two and a half) do a song and dance with Oscar Wilde, that giant revolutionary from the previous century. 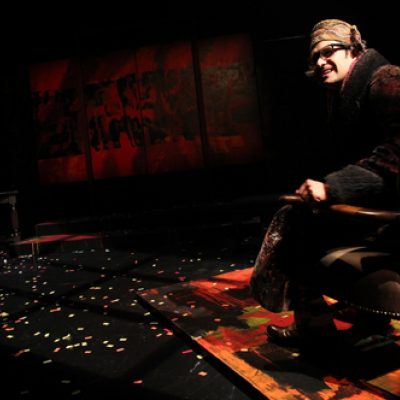 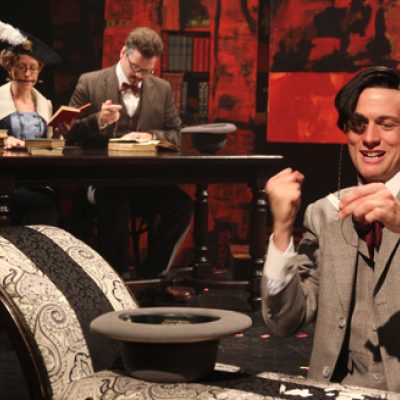 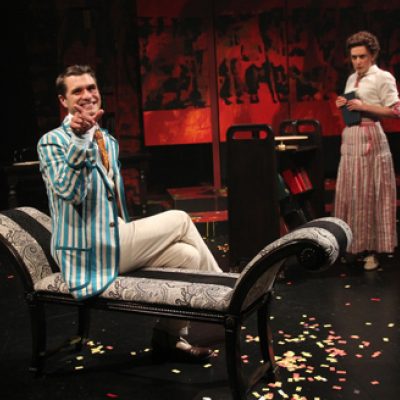 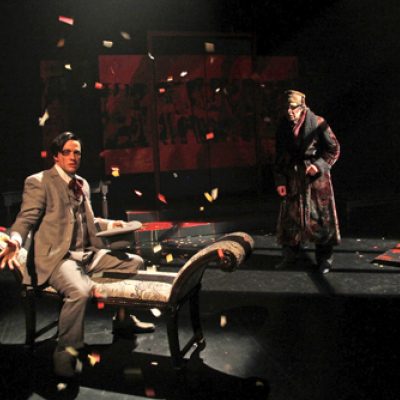 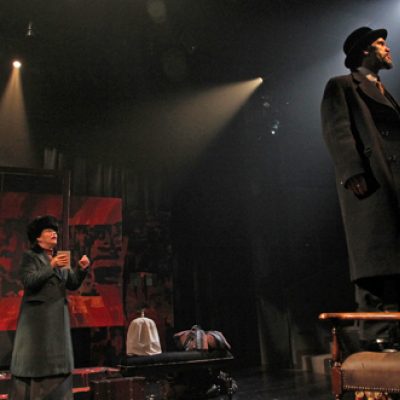 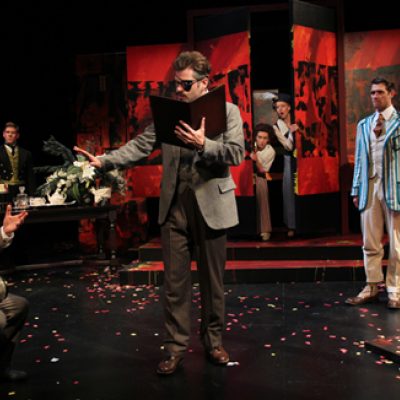 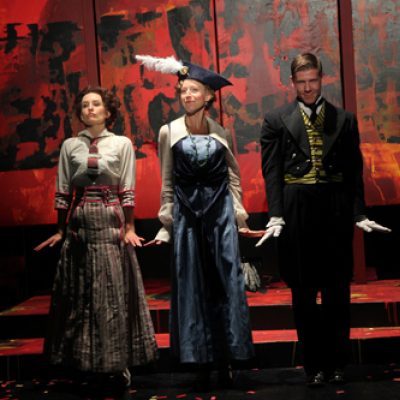