The Importance of Being Earnest

Our very own brand of summer blockbuster: a bountiful crowd-pleaser, complete with mistaken identity, mad extravagance and people who know nothing about love hurtling headlong into it. In short, strap yourselves in. This is one of the funniest plays in existence. With charm, wit and hilarity to spare, our Ernests and their ladyloves are here to remind you how good it feels to laugh out loud.

Responsible, mild-mannered Jack Worthing is harboring a couple of secrets. First, he is in love with his friend Algernon’s cousin, Gwendolen. And second, they both think his name is Ernest. In fact, Ernest is Jack’s imaginary alter ego – a troubled younger brother he created so that he could do whatever he liked in London and no one would ever think to judge him. But when Algernon catches on to the scheme, he decides to be Ernest himself in order to woo Jack’s lovely young ward, Cecily. Confusion and hilarity reign, as the ladies try to disentangle the stories of their respective Ernests and jump the seemingly impossible hurdles to marry the Ernest they respectively love.

Oscar Wilde's 'Earnest' at American Players: Much ado about manners, wit and swell attire
By Lawrence B. Johnson, Chicago on the Aisle, August 6, 2014.

American Players Theatre opens with a fierce Chicago drama and a Victorian dalliance
By Lindsay Christians, The Capital Times, June 17, 2014.

APT's clever, fresh 'Importance of Being Earnest' invites the audience into the drawing room
By Lindsay Christians, 77 Square, June 16, 2014.

American Players Theatre's 'The Importance of Being Earnest' is a fun, frothy start to the 2014 season
By Jennifer A. Smith, The Isthmus, June 15, 2014.

The Importance of Being Earnest – Director’s Notes

“We live, I regret to say, in an age of surfaces.” – Lady Bracknell

In The Importance of Being Earnest we’re talking about constantly polished, sharply honed surfaces. They reflect ironies within ironies and contradictions wrapped around other contradictions. With a linguistic assurance that begins with Shakespeare and moves through Sheridan, Shaw, and Stoppard, Oscar Wilde’s invention is breathtaking.

This production was designed and cast simultaneously with Tom Stoppard’s Travesties in the Touchstone. How delightfully these plays inform each other. An homage to Earnest, Stoppard’s tale of revolutionaries thrown together during World War I has reminded us of what a crafty revolutionary Oscar Wilde himself was. Just about every assumption one might hold about politics, social order, religion, gender, education, or home is upended and thrown into the air by Wilde’s play. In the beautiful, assured world of the leisured class before the war, Oscar takes aim. But comedy has the ability to makes us look at our assumptions and laugh. Our laughter becomes recognition.

This play is funny. Hardly one brilliant turn of wit is uttered before another tumbles out. But it’s important to remember that this play is a romance – times three, actually. Not that there’s anything wrong with brilliant wit. Accused of being merely clever with one of his frequent epigrams, Algernon defends himself by saying:

“It is perfectly phrased! And quite as true as any observation in civilized life should be.” 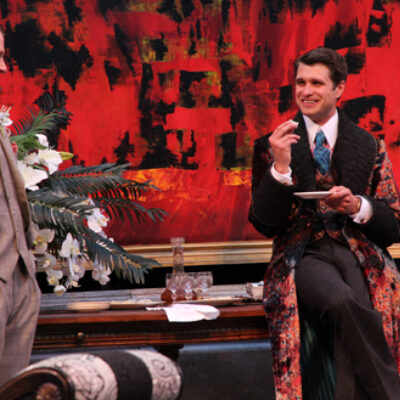 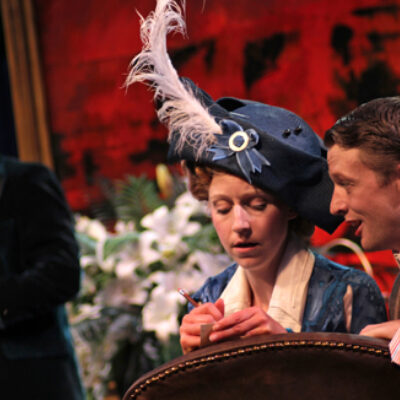 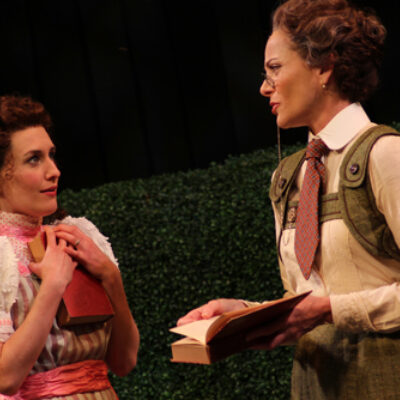 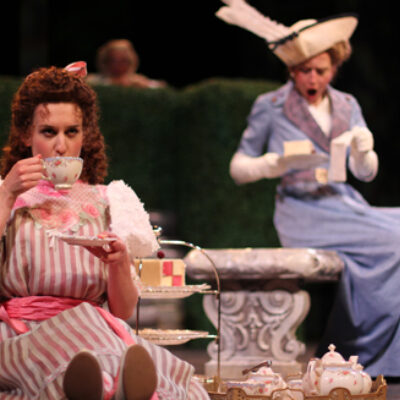 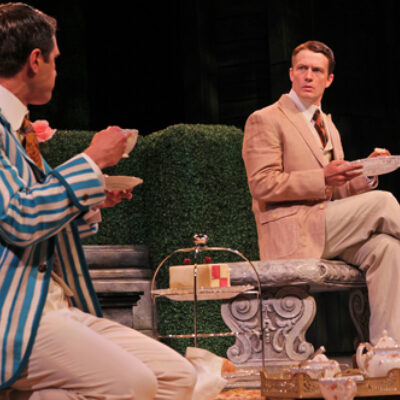 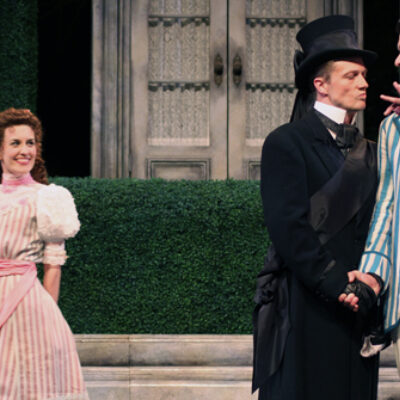 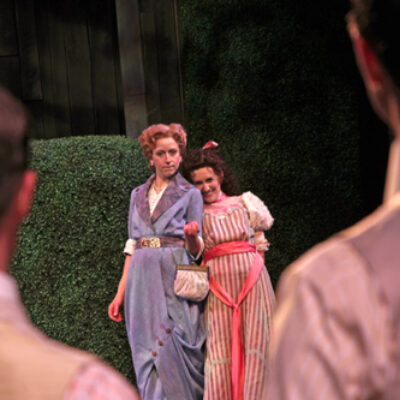 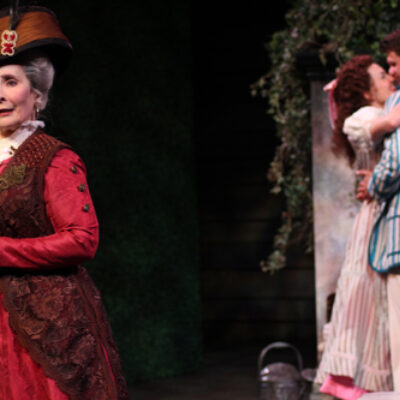