Henry receives an insulting message from the French Dauphin and announces he will enforce his claims. Three traitors are discovered and executed, and the war is launched. Successful at first, King Henry is eventually trapped at Agincourt where he is greatly outnumbered by the French. On the eve of battle, he wanders in disguise through the English camp, talking with his men and meditating on the responsibilities of kingship. 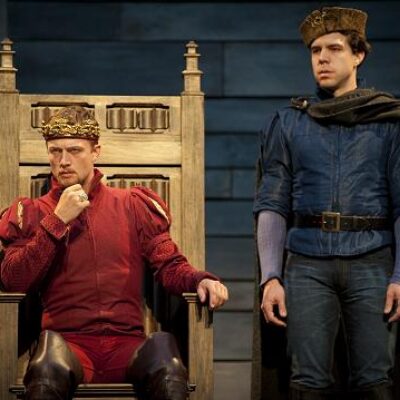