A Flea in Her Ear

Click here to buy tickets if you're purchasing within 24 hours of a performance.

The Funniest French Confection Ever to Frost a Stage

2017’s best bet to have you rolling in the aisles, offering characters with no impulse control running a gauntlet of glorious temptation. This bevvy of bourgeoisie are secretly dying to let down their guard (and their garters). And once that wafer-thin seal of propriety is broken, the bacchanal glee boiling just beneath the surface is free to run amok, bouncing from room to room in a hotel of ill repute. We’ve brought out the big comedic guns for this one; consider this your invitation to join the melee.

The lovely Raymonde Chandebise wonders why her husband has stopped visiting her bedroom, and assumes he must be having an affair. So she asks her friend Lucienne to write him a love letter meant to lure him to a rendezvous where she can catch him in the act of being unfaithful. But when Raymonde’s (very faithful) husband Victor Emmanuel receives the letter, he assumes it’s for his bachelor friend Tournel and gives it to him instead, setting in motion a hilarious series of events that bounces from the Chandebise home to a hotel of ill repute, where anything (and apparently everyone) goes.

'What the Butler Saw' and 'A Flea in Her Ear' Reviews: In Search of Great Farce
By Terry Teachout, The Wall Street Journal, September 14, 2017 (Pay wall enforced)

American Players Theatre turns to farce with 'A Flea in Her Ear'
By Mike Fischer, The Milwaukee Journal Sentinel, June 30, 2017

Facing our foibles: 'A Flea in Her Ear' is a night of frantic folly and fun
By Gwendolyn Rice, The Isthmus, June 27, 2017

Rowdy and risque, APT's 'A Flea in Her Ear' is a frisky French farce
By Lindsay Christians, The Capital Times, June 26, 2017. 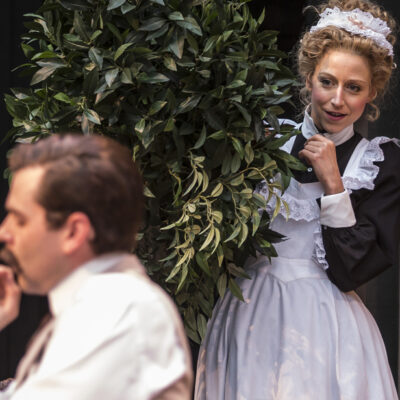 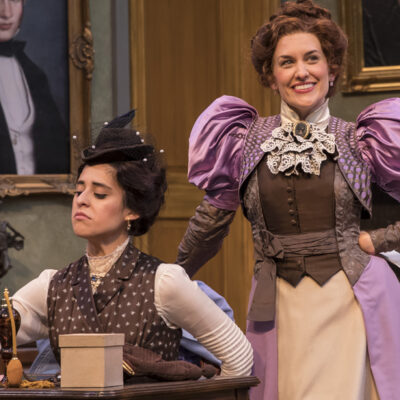 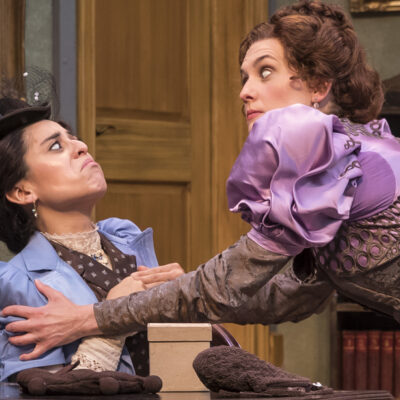 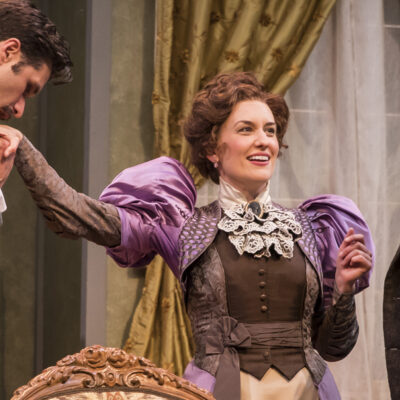 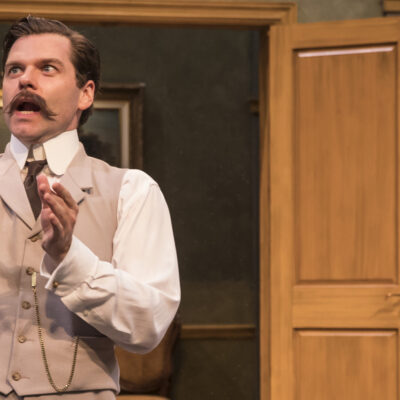 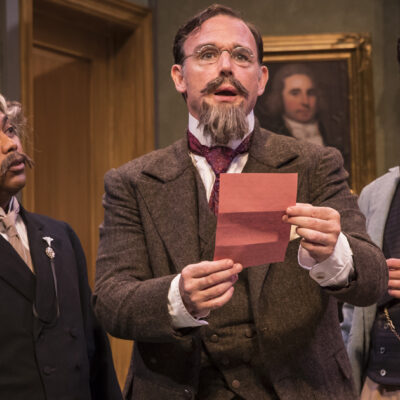 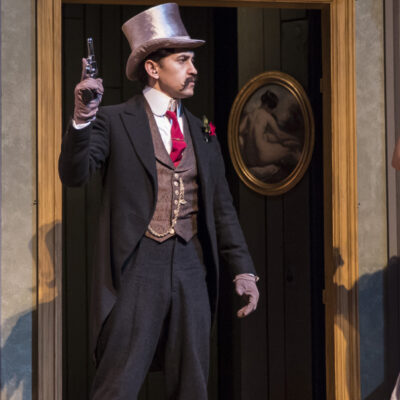 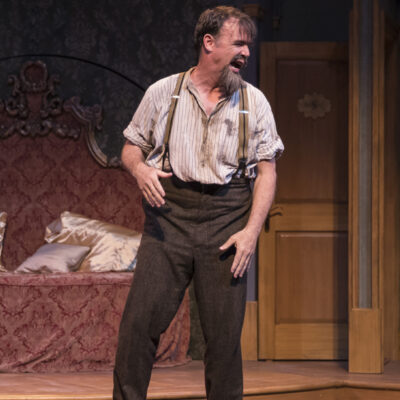 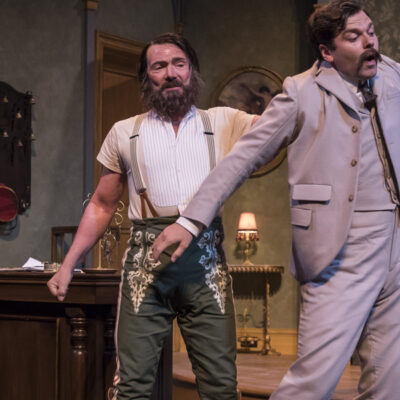 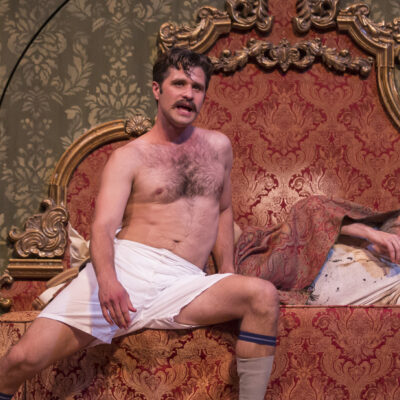 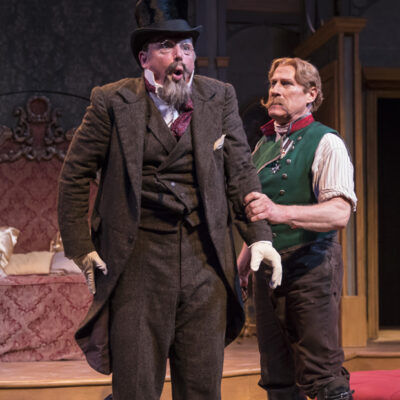 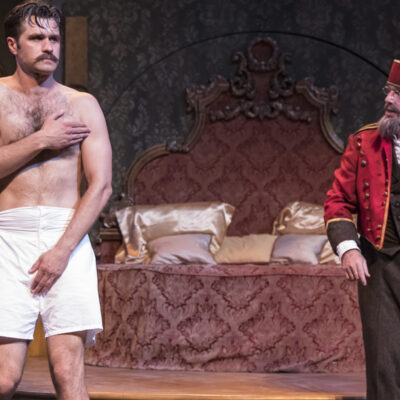 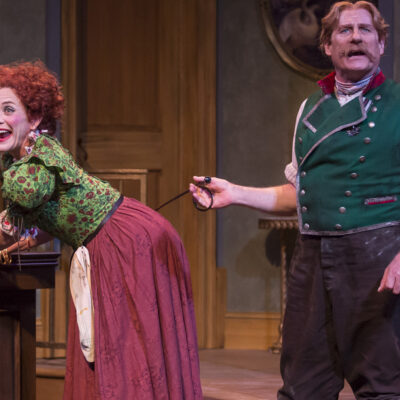 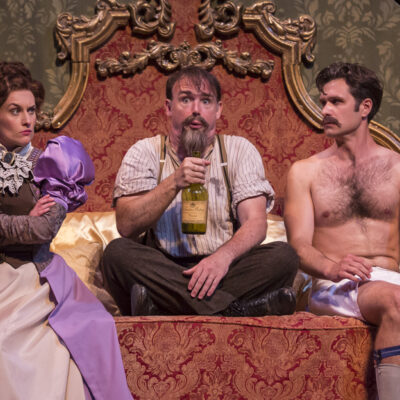 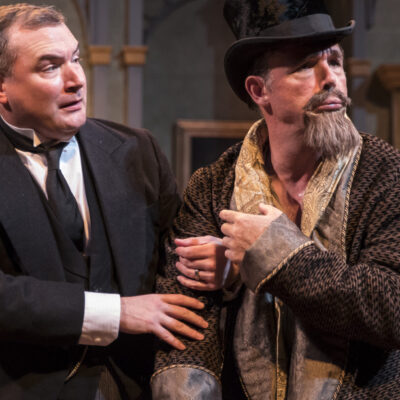 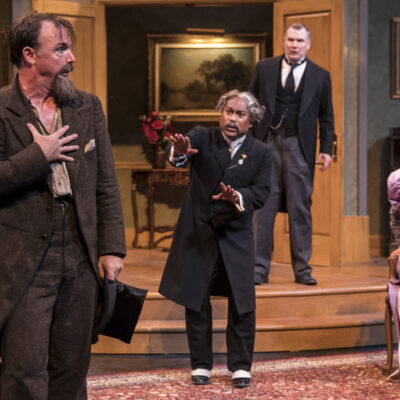